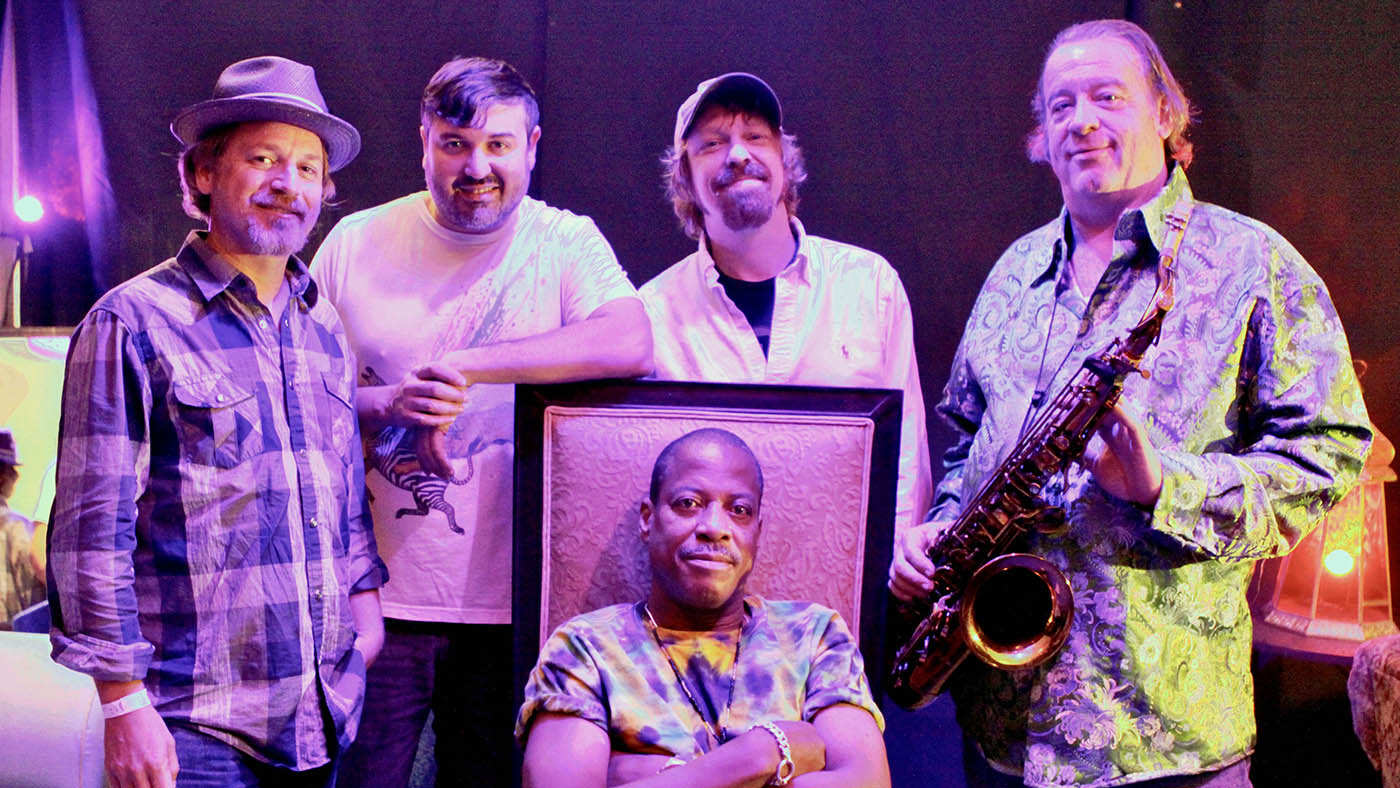 Steamboat Mountain Music Free Concerts presented by Jack Daniel’s are located on the Steamboat Stage in Gondola Square. Join us for happy hour from 4-7pm with $3 draft beer and half off glasses of house wine. The Land Up Activities features free jumps at the bounce house and $39 adult and $29 children unlimited activity passes, including unlimited coaster rides. Snacks and beverages will be available for purchase. Please leave pets at home.

When New Orleans Suspects arose from the primordial musical soup that is New Orleans, they were a fill-in band and an occasional jam band at their neighborhood Maple Leaf Bar. Since their rise in 2011 they have produced four albums, annually perform at the New Orleans Jazz and Heritage Festival and tour across the nation. New Orleans Jazzfest founder and current director Quint Davis says, “The Suspects are deep tissue New Orleans Funk and have emerged as one of the banner New Orleans music groups; taking their place among the standard bearers of our music. And they rock! Rather, funk.”

The band members are some of the best, most highly respected players in New Orleans. Jake Eckert, the guitarist and one of the principal songwriters and vocalists, is a veteran of ten years on the road with Dirty Dozen Brass Band, a former member of Larry Carlton’s band and a Grammy Award ®-winning engineer. Jeff Watkins is a twelve-year sax player veteran and section leader for the late James Brown, who constantly referred to him as “the ninth wonder of the world.” Keyboardist CR Gruver, the other principal songwriter and vocalist, is arguably the best living practitioner of the New Orleans boogie-woogie piano style. “Mean” Willie Green, best known for his 35 years as drummer for The Neville Bros., has also played on albums by Bob Dylan, Paul Simon, Edie Brickell and The Grateful Dead. Founding bassist Reggie Scanlan spent 34 years on the road as an original member of The New Orleans Radiators after stints with both Professor Longhair and James Booker. The scholarly Scanlan has left the road due to illness, and Charlie Wooton (formerly of Royal Southern Brotherhood) now fills the touring bass chair.